Two Roper-Parkington grandsons died during the First War. Leonard’s  was an accident caused by a soldier’s rucksack leant against a train door, which managed to turn the door-handle so when he leant against it, the door opened and he fell from the moving train. Wilfrid died at the Battle of Bourlon Wood in France on the 27th of November 1917, thirty-four days after arriving in France. He has no known grave.

Midshipman Leonard Bidwell, whose death is announced, was accidentally killed on the 17th instant. He was the eldest son of Mrs. Bidwell, of 15, Upper Wimpole Street, and the late Leonard A. Bidwell, F.R.C.S., and grandson of Sir J. Roper Parkington. Mr. Bidwell was born in August, 1897, joined the Royal Naval College, Osborne, at the Easter term, 1910, and at the outbreak of war was in H.M.S. ” Cumberland ” and saw service in the Cameroons where he was severely wounded. At the time of his death he had not completely recovered, but was employed on special service by the Admiralty. A Requiem Mass was said at St. James’s, Spanish Place, and the burial took place at St. Mary’s Cemetery, Kensal Green. Amongst those present at the funeral service were :—Mrs. Bidwell (mother), the Misses Bidwell (sisters), Master T Bidwell (brother), Fleet Surgeon L. Bidwell, R.N , Miss Edith and Miss Agnes Bidwell, Mr. E. W. Farnall, C.B., Mrs. Farnall, Sir J. Roper Parkington, Mr. and Mrs. Charles Cary-Elwes, Mr. Wilfrid & Miss Lilian Cary-Elwes, Mrs. Sherston Baker, Monsignor Bidwell, Mr. Harry Lawrence. Amongst the naval officers present was Captain Fuller, C.M.G., who was in command of H.M.S. “Cumberland ” during operations in the Cameroons. The Admiralty provided a firing party at the grave, the coffin being carried by men of the R.N.V.R.—R.I.P.

The above text was found on p.24, 29th July 1916  in “The Tablet: The International Catholic News Weekly.” Reproduced with kind permission of the Publisher. The Tablet can be found at http://www.thetablet.co.uk .

Second-Lieut. Wilfrid Gervase Cary-Elwes, Irish Guards, officially reported ” missing, believed killed,” but of whose survival no hopes are entertained, was the eldest son of Mr. Charles Cary-Elwes, of Courtlands, Eltham, Kent, and grandson of Sir J. Roper Parkington. Born nineteen years ago, he was educated at Downside, where he was distinguished as an athlete. On receiving a nomination in the Irish Guards, he went to Sandhurst in 1916, and was gazetted in the August of that year. He was anxious to go to the front, and made repeated efforts to be sent there, but only received marching orders on the eve of his nineteenth birthday. He left for the front on October 25, and fell on November 27.

The above text was found on p.28,15th December 1917,  in “The Tablet: The International Catholic News Weekly.” Reproduced with kind permission of the Publisher. The Tablet can be found at http://www.thetablet.co.uk .

SIR,—May I appeal through your columns for help on behalf of the families of the brave Montenegrins who are fighting in the present sad war? They are so very poor that all contributions will be welcome, either in the form of money or provisions, such as tinned food, &c. ; blankets or woollen clothing especially will be acceptable, their mountain climate being extremely severe in the winter.

I will undertake to forward any goods which your readers may be kind enough to send me. Cheques should be crossed ” Union of London and Smith’s Bank,” and large parcels should be addressed, carriage paid, to Lady Roper Parkington, Montenegrin Consulate, 24, Crutched Friars, E.C.

The above text was found on p.28, 19th October 1912  in “The Tablet: The International Catholic News Weekly.” Reproduced with kind permission of the Publisher. The Tablet can be found at http://www.thetablet.co.uk .

Viewer feedback is the posts have been flagging. So a new one

Help are these all the same woman?

The first one is definately Lady Roper Parkington, the second is at the OB wedding in 1924,  and the third is from the Mayor’s garden party in 1914. Both of them are behind the Cardinal in the photo (also on the home page) 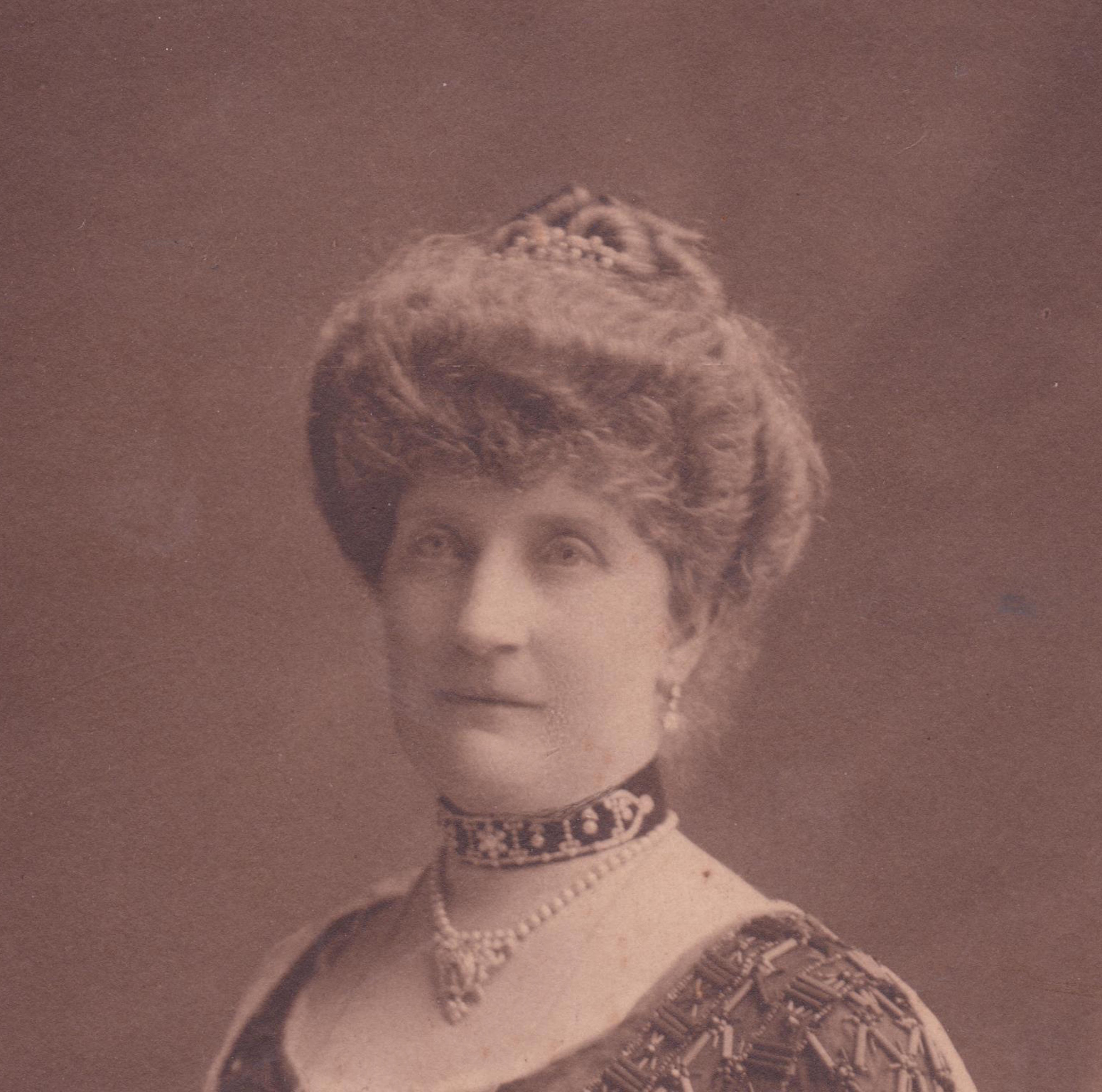 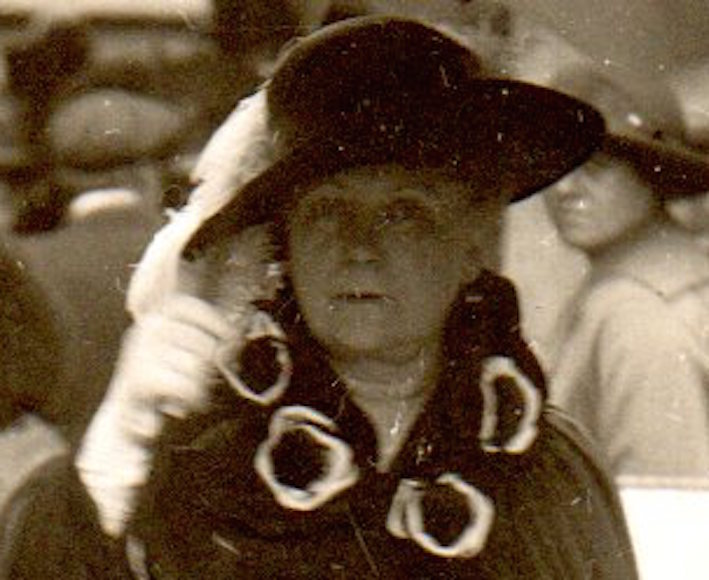 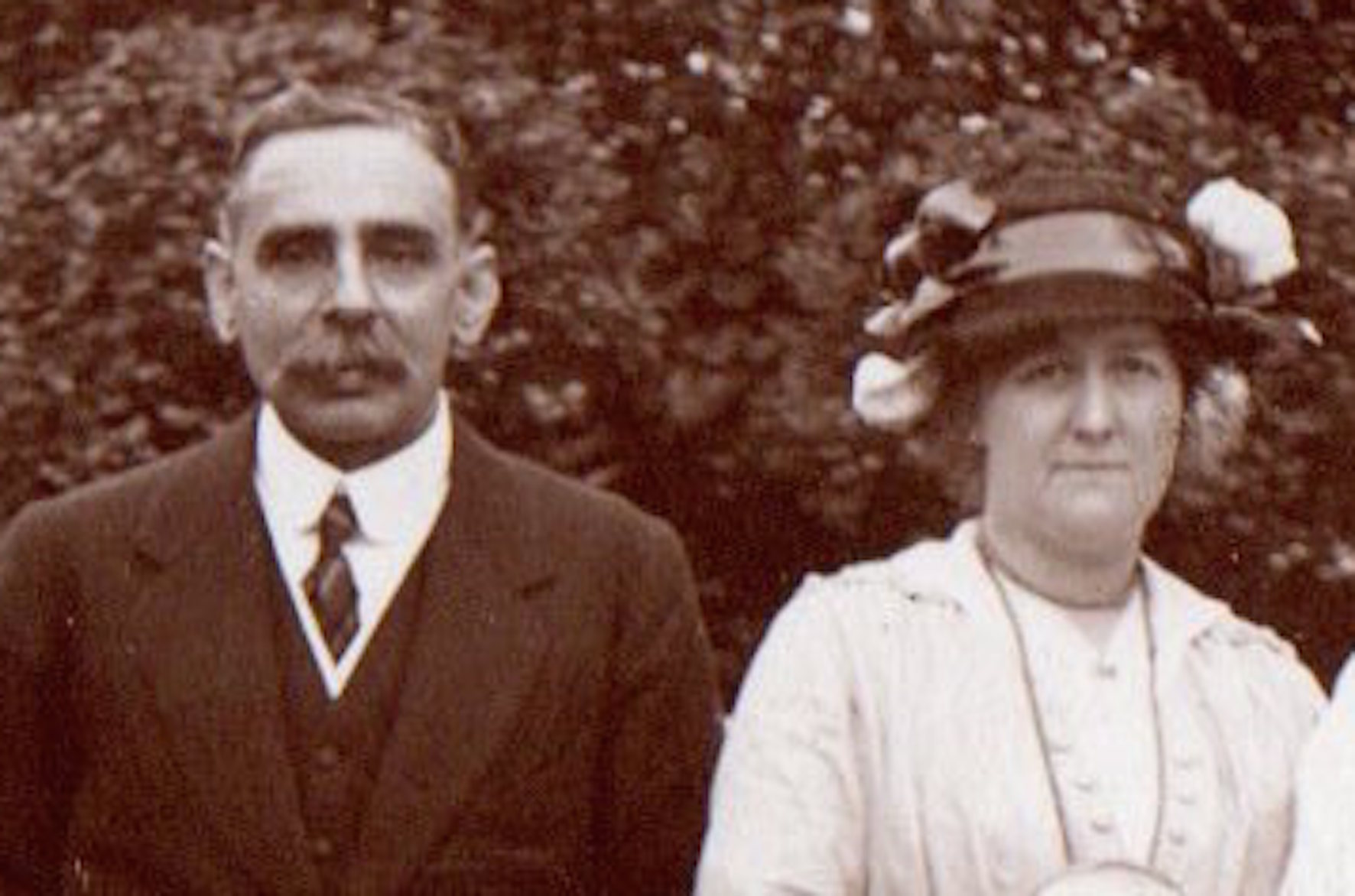 Leonard Arthur Bidwell  1865 -1912. He was known professionally as Leonard, and Arthur in the family, as his father was also Leonard. He was a surgeon.

He was the son of Leonard Bidwell, Chief Clerk in the General Post Office. Educated at Blackheath School, and entered St Thomas’s Hospital in 1882, where he was a House Surgeon. He then studied in Paris, was appointed Assistant Surgeon to the West London Hospital in 1891, and became Surgeon in 1906. There he distinguished himself in the surgery of the abdomen, and more especially as a teacher and administrator in the Post-Graduate College. The number of entries to the Post Graduate College during his term of office (1896 – 1912) exceeded 2500. He was also Surgeon to the Florence Nightingale Hospital, to the Blackheath and Charlton Hospital, and to the City Dispensary. He also served as Surgeon Major in the Buckinghamshire Yeomanry. His death occurred from acute appendicitis on Sept 2nd, 1912. He had married Dorothea, daughter of Sir J Roper Parkington, Bart, in 1896; she survived him together with three sons and two daughters. He practised at 15 Upper Wimpole Street.

There is a fuller biography online, and also an obituary below

We regret to announce the death, at his London residence, 15, Upper Wimpole Street, W., of Mr. Leonard Arthur Bidwell, F.R.C.S. He had attained great eminence in his profession, and at the time of his death, which closes a brilliant and useful career at the early age of 47, was senior surgeon to the West London Hospital. Mr. Bidwell married Dorothea, eldest daughter of Sir J. Roper Parkington, and leaves five children.—R.I.P.

Sir George Baker, who was called to the Bar at Lincoln’s Inn 1871, and ad eundem at th Middle Temple 1874, is a Magistrate for Lincolnshire, Barnstaple, Bideford, Great Grimsby, Boston, and City of Lincoln ; was Recorder of Helston 1886-9, and
Editor of the ‘Law Magazine and Review’ 1895-8 elected Associate of the Institut du Droit International 1879, and appointed Recorder of Barnstaple and of Bideford 1889, and County Court Judge of Circuit No. 17, 1901. — Castle Moat House, Lincoln ; Devonshire Club, s.w.

Sir John Roper Parkington, whose name is often in the papers just now, is Consul General for Montenegro. He was the first representative of that State to be appointed in London, and speaking of this fact recently, he said a. friend who congratulated him upon the appointment made the remark, “Another £3000 or £4000 a year for you, Parkington. However, up to the present, Sir John has not seen anything of the extra thousands. The position is an honorary one, and. the Consul-General humorously complains that he is expected to pay the passage home of stranded Montenegrins. On one occasion one of them, finding the consul out announced his intention of waiting for him outside “If he does not come,” he remarked genially, “I shall shoot everyone in the house.” .He got his passage money all right, and the Consul-General’s family were very much relieved, when he departed. Sir John, who was born in 1845, is well-known in the City of London, for which, he is one of his Majesty’s Lieutenants.