THE POPE DINES WITH HIS SISTERS. 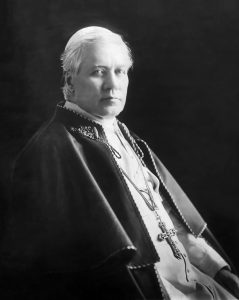 An event to which considerable importance is attached in Roman circles took place yesterday, when the new Pope [Pius X] , defying all tradition, invited his three sisters to dine at his own table. Hitherto (as the Rome correspondent of the “ Daily Chronicle ” points out) it has always been deemed highly incorrect even for the most eminent ecclesiastics to sit down with his Holiness. On finding the Pope deaf to entreaties not to violate hoary observances, the Head Chamberlain, it is said, broke into loud sobbing, and retired to his apartment, whilst a Cardinal of noble extraction who happened to be calling at the Vatican drove off a state of great irritation. Another distinguished personage was stirred by the Pope’s reluctance to create his sisters countesses. Without a title it was urged there would be an insuperable obstacle to them being received in polite society. The Pope, hearing of this, exclaimed, “ They have a title already. They are sisters of the Pope.”