(FROM OUR OWN CORRESPONDENT.)

The Vatican:  On Monday, May 5, a large number of visitors, Roman and foreign, were received at the Vatican. On the evening of the 6th, private audience was given to Monsignor David, Bishop of Saint-Brieuc, who presented to the Holy Father a large sum of money as Peter’s Pence from his diocese. The Bishop of Saint-Brieuc had the honour of introducing to the Holy Father his Vicar-General, Father Juventon, and four other priests who accompanied him. On the 7th (Wednesday) the Pope gave permission to twenty-three young workmen from Paris to attend his private Mass, at 7 a.m., and to receive Holy Communion from the hands of his Holiness. After the Mass, Leo XIII. received in private audience these young men, who were introduced by Comte de Boursetty, and conversed with each of them for some time, inquiring the particulars concerning their mode of life, their respective .trades, their wages and hours of labour. He accompanied them through part of the Pontifical galleries, gave them permission to visit the Vatican gardens, and presented each of them with a valuable memorial of their visit. On the 11th there was another large reception of strangers. On the same day Cavaliere Enrico Angelini had private audience of his Holiness and presented to him a large offering of Peter’s Pence, in name of Monsignor Tommaso Baron, Bishop of Chilasca, in Mexico.

In the evening, at half-past seven, the Pope entered the Basilica of St. Peter’s by the private passage, and remained in prayer before the tombs of the Apostles and the Altar of the Sacrament, for a considerable time. He was accompanied by the private Chamberlains on duty and by a few officials of the Vatican. The gates of the Basilica were of course closed. 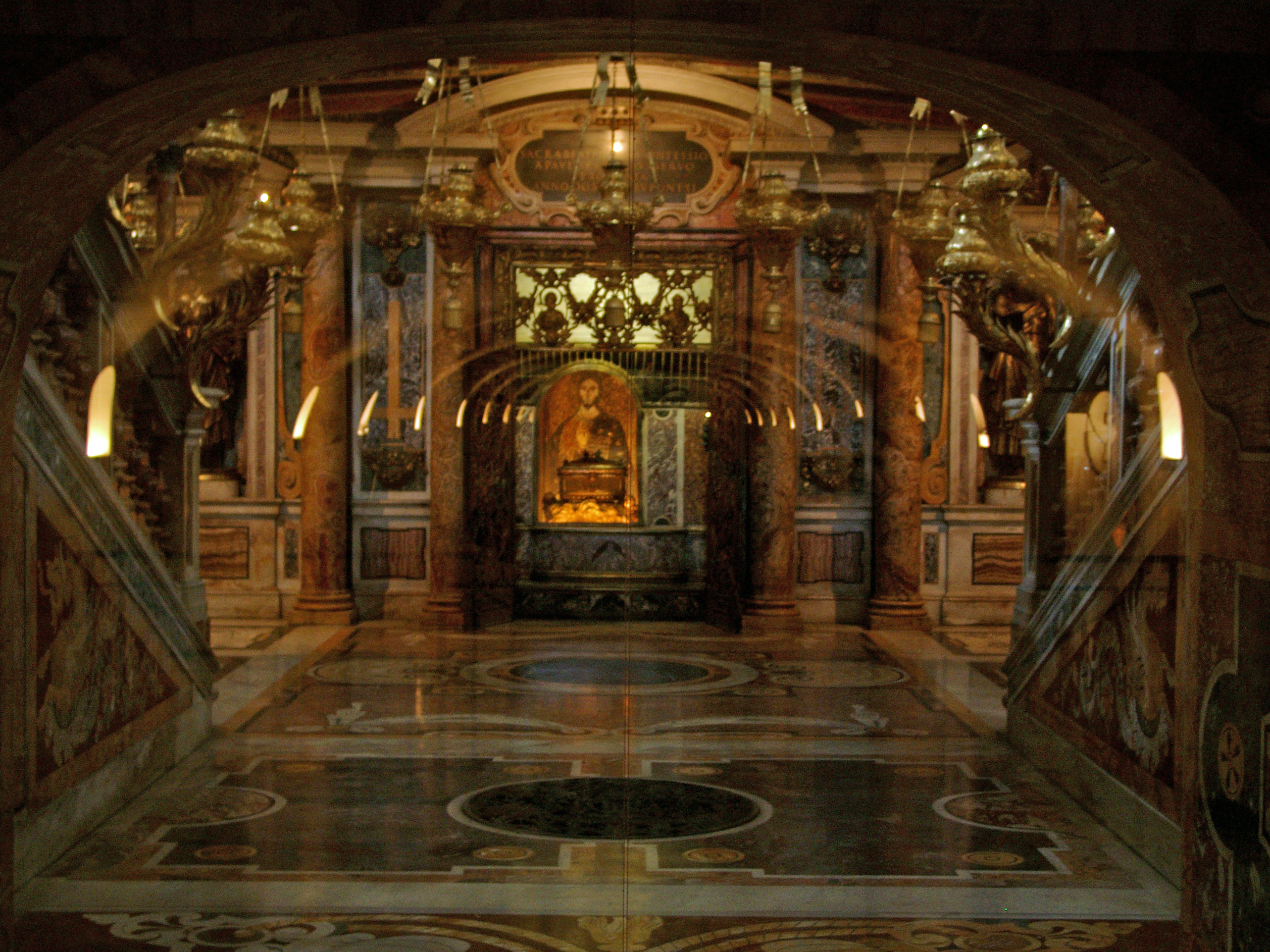 Mass at the Quirinal:  It is stated that the Pope has granted permission for Mass to be said in the Quirinal. This is not quite correct. The interdict has not been removed from the palace of the Quirinal. But there is a building near the palace proper, called the Palazzina, which was restored and enlarged by Victor Emmanuel. Canon Anzino, chaplain to the Royal Family, presented a petition stating that Queen Margarita was greatly inconvenienced by crowds of supplicants when attending Mass at the Sudario, and pointing out that after the attempt at Naples and the more recent Garibaldian agitations there might be some peril to the Queen and her son in attending mass in the Sudario or in the passage to and from the Quirinal. Licence was consequently given to Canon Anzino to celebrate Mass in a chapel erected in the Palazzina for the benefit of Queen Margarita and the persons whom she might invite to attend.

The Pensions to the Suppressed Orders: The pittances paid to the members of the suppressed Religious Orders by way of pensions in compensation for the loss of their homes and revenues are very small, and are moreover very irregularly paid. The Minor Conventuals in Mussomeli, Sicily, were paid on the 4th of May, the arrears which ought to have been paid to them in March. The local paymaster was in vain applied to by the Friars for payment of their pensions, and the Friars telegraphed to the Minister of Finance in Rome and to King Humbert, before they could obtain redress.

Cardinal Newman:  After his audience with the Pope on Sunday the 27th of April, Dr. Newman scarcely left his apartments, being troubled with a severe cold and cough. Dr. Aitken was called in to see him, and at one time some anxiety was felt as to the condition of the illustrious Oratorian. However, no apprehension is now entertained, and it is believed certain that Cardinal Newman will be able to attend the consistory on the 15th to receive the hat.

The Advocates of St. Peter:  His Holiness Leo XIII. has been pleased to signify that he will receive the members of the Society of Advocates of St. Peter in audience on the 29th of June, the Feast of SS. Peter and Paul. This Society counts many members in England, and includes the Duke of Norfolk, the Marquises of Ripon and Bute, besides all the English bishops. The President, Count Agnelli dei Malherbi, has issued notice of the audience on the 29th of June, and it is expected several foreign members of rank will come to Rome for the occasion.

Dr. Woodlock: The Right Rev. Dr. Woodlock, bishop-elect of Ardagh, will be consecrated by the Pope himself to that see on Whitsunday next.

Conversions:  On Sunday, May 11, Mr. and Mrs. Cassell, who had been a few days previously received into the Church by Monsignor Capel, were admitted to the Pope’s private Mass in the Vatican, and received their first communion from the hands of his Holiness. At this celebration were Mrs. Handley, who acted as godmother to Mrs. Cassell, Mrs. Pereira, and a few other persons. After the Mass Leo XIII. admitted Mr. and Mrs. Cassell, with Mrs. Handley, to private audience, and conversed with them for some time. Monsignor Macchi, the Maestro di Camera, presented the new converts with beautiful rosaries.

Peter’s Pence From Ireland:  At a recent audience Monsignor Kirby presented to the Holy Father the sum of £163 from the Bishop, clergy, and faithful of the diocese of Achonry in Ireland. Leo XIII. sent his special blessing to the donors.

The above text was found on p.17,17th May 1879 in “The Tablet: The International Catholic News Weekly.” Reproduced with kind permission of the Publisher. The Tablet can be found at http://www.thetablet.co.uk .