The enigma that is Col. Sir John Roper Parkington. 1843 – 1924. [Hon. Colonel of the 7th V.B. Essex Regiment, late Major in the Royal Surrey Militia, a Lieutenant for the City of London, J.P. and D.L. for the County of London, and Vice-President of the Portuguese Chamber of Commerce, Officier d’Academie Francaise, and of the Royal Orders of Serbia, Montenegro, and the Red Cross of Spain and a Chevalier of the Legion of Honour.]. This is the first of a series of posts to see if we can uncover who he really was.

John Roper Parkington has been a source of fascination for some time. We have some family stories, though how true they are remains to be seen. But up until now, you run up against a brick wall again and again. One side of the family says the following “ Google him and up comes the Black Hand over Serbia. Why he was appointed Minister Plenipotentiary to Monte Negro is an absolute mystery to me and he was obviously a spy. How much do you know about him? All I know about him from my father is that he was totally bilingual English / French and his Who’s Who entry says educated privately in England and France. He was the absolutely archetype ariviste Victorian, obviously illegitimate, and the first thing we know is that he blew into London as a rich young man of 30 odd. Where he had been previously is unknown. 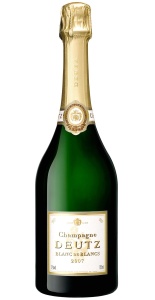 He got the agency for various wine houses particularly champagne Deutz & Gelderman and the Lalliers who owned it was our grandmother’s almost sole topic of conversation, and they were always referred to as cousins. I would not be surprised to find out they actually were.”

“I had no idea that Lady JRP came from Chiswick. I have (I think) his birth certificate somewhere – have you got their marriage certificate? I knew her father was a stockbroker and I wonder where they met and whether he was a rich young man already when they got married. The source of his fortune intrigues me as to me he is the archetypal arriviste Victorian blown in from nowhere. I have thought of writing a book about the multitude of arrivistes like him who made fortunes and then vanished into the dustbin of history.  An idea for you? Without too blatant a name drop, I was chatting to Simon Schama yesterday evening after a talk he had given, and he was saying that the 19th century was becoming a totally neglected period for historians. Perhaps a way of reversing that would be through the study of the achievements of now forgotten plutocrats. My father pointed out the enormous house JRP had lived in in Addison Road before WW1 when he moved into Claridge’s full time as he couldn’t get the staff. He also told me of the agony as a child of having to sit through enormous multi-course Sunday lunches there.”

We had a slightly different version of the Claridge’s story; that he and a manservant moved into Claridge’s once he had become a widower. Sadly not true, he died a year before Lady RP. But the wartime stay has some mileage. There are also family stories of them being fleeced by Montenegrin servants at the end, which may or may not be true.

So let’s see what is down on paper. The first is from the Catholic Who’s Who, and the second from his obituary in the Tablet.

Parkington, Colonel Sir John Roper, J.P, and D.L. for the County of London from 1898, and one of H.M.’s Lieutenant’s for the City from 1895; Hon. Colonel of the 4th V.B. Essex Regiment; late Major 3rd Batt. East Surrey Regiment 1891-98 — born 1845, son of John Weldon Parkington; was Ruling Councillor of Primrose League; Member of several City Companies, and of the London Chamber of Commerce; Fellow of the Royal Colonial Institute, and of the Royal Geographical Society; is a convert to the Church; knighted 1902; married (1873) Marie, dau. of A. Sims Sylvester. [From THE CATHOLIC WHO’S WHO & YEAR-BOOK 1908 Edited by Sir F.C. BURNAND ,LONDON. BURNS & OATES, ORCHARD STREET, W.]

COL SIR ROPER PARKINGTON, J.P.; D.L..  We regret to record the death of Colonel Sir John Roper Parkington, who passed away on Monday night at his residence, Broadwater Lodge, Wimbledon, in his eighty-first year. He had been ill since the previous Wednesday. Sir Roper Parkington was a convert to the Church, and had been a Catholic for many years. He was the son of John Weldon Parkington, and received his education at private schools in England and France. For a long period he was Consul-General for Montenegro, and he took an active part in aiding the work of the Montenegrin Red Cross. Among many offices and distinctions held by him, he was Hon. Colonel of the 7th V.B. Essex Regiment, late Major in the Royal Surrey Militia, a Lieutenant for the City of London, J.P. and D.L. for the County of London, and Vice-President of the Portuguese Chamber of Commerce. Sir Roper was an Officier d’Academie Francaise, and of the Royal Orders of Serbia, Montenegro, and the Red Cross of Spain and a Chevalier of the Legion of Honour. He founded, in 1896, the Anglo-French Association, l’Entente Cordiale. A Fellow of the Royal Geographical Society and the Royal Colonial Institute, he was also Past-Master of several City Companies. Sir Roper Parkington was a devoted and generous Catholic, and his death will be widely regretted.

A requiem Mass was celebrated on Thursday at the Church of the Sacred Heart, Wimbledon, in the presence of a large number of mourners, and the interment followed at Mortlake Cemetery.—R.I.P The above text was found on p.19, 19th January 1924 in “The Tablet: The International Catholic News Weekly.” Reproduced with kind permission of the Publisher. The Tablet can be found at http://www.thetablet.co.uk .

So far, so good. On paper he appears to be one of the Catholic great and good, but when you start to look things unravel quite fast, or hit that brick wall. He “was educated at private schools in England and France”.  This just doesn’t ring quite true. But we’ll come back to this in another post.