The marriage of Mr. Gervase Scrope, youngest son of the late Mr. Scrope, of Danby [ Simon Thomas Scrope (1822-1896) was Philip O’Bryen’s god-father ]  and Miss Juanita O’Sullivan, only daughter of the late Mr. John O’Sullivan and Señora Francisca Lozano O’Sullivan, of Saltillo, Mexico, was solemnised at St. James’s Church, Spanish-place, at eleven o’clock on Wednesday.[24th October] The ceremony was performed by the Right Rev. Bishop Brindle, assisted by the Rev. Joseph Browne, S.J., the Rector of Stonyhurst, and the Hon. and Rev. Basil Feilding. The church was decorated with ferns, palms, and Bermuda lilies. During the nuptial Mass Gounod’s Ave Maria, and Mendelssohn’s ” Coronation March,” were rendered. Bishop Brindle afterwards gave a short address.

The bride’s wedding dress was ivory satin duchesse, trimmed with flounces of Brussels lace and wreaths of orange blossom, and Brussels lace veil, surmounted by a pearl and diamond tiara, the gift of the bridegroom. She wore a pearl and diamond necklace, the gift of her uncle and aunt, Mr. and Mrs. Purcell, and a pearl and diamond bracelet, the gift of her cousins, the Misses Purcell. She was attended by six bridesmaids : Miss Kathleen Orde-Powlett, Lady Agnes Noel, Miss Fitzherbert-Brockholes, Miss Mabel Lawson, Miss Helena Purcell, and Miss Anita Purcell. the bridesmaids’ dresses were cream satin skirts, lace boleros, with front of cream crepe de chine, sashes of turquoise blue crepe de chine, black velvet picture hats lined with white chiffon, and trimmed with black ostrich feathers and turquoise blue panne. They wore pearl and turquoise butterfly brooches, the gift of the bridegroom, and carried bouquets of white lilies tied with turquoise blue ribbons. Mr. Charles Vaughan acted as best man. A reception was held at the Coburg Hotel after the wedding. Later in the day the bride and bridegroom left for Danby Hall, where the honeymoon will be spent. The bride travelled in a dress of pale blue cloth embroidered in gold, and trimmed with bands of chincilla, toque of grey velvet trimmed with grey ostrich feathers and blue panne, and a chincilla cape.

The marriage of Mr. George Blount, eldest son of Mr. Alfred John Blount, and Miss Melesina Mackenzie, second daughter of the late Major A. C. Mackenzie, Royal Engineers, and of Mrs. Mackenzie, of 7, Ormond road, Richmond, was celebrated at the Oratory, Brompton, at 11 on the 18th inst. The bride and bridegroom received the Papal Blessing. The bridegroom was supported by his brother, Mr. Edward Blount, as best man. The bride was given away by her brother, Captain Mackenzie, Royal Engineers, and was attended by Miss Margaret Mackenzie, her sister, and Miss Ethel Blount, sister of the bridegroom as bridesmaids. The bride wore a dress of white duchesse satin and crêpe de chine, trimmed with Brussels lace, lent by her mother, and orange blossoms ; her court train was of crêpe de chine, lined with brocade. The bridesmaids wore black picture hats and white mousseline de soie dresses, and carried pink bouquets, which, with gold and turquoise brooches, were the gift of the bridegroom. The Very Rev. John Bennett, Provincial C.SS.R., uncle of the bridegroom, assisted by the Revv. Charles and Edgar Blount, S.J., uncles of the bridegroom, performed the ceremony. The Rev. Charles Blount said the Nuptial Mass, which was served by Masters Cecil and Francis Blount, brothers of the bridegroom. The wedding ceremony took place at the lady altar, which was decorated with flowers. Owing to mourning in the bride’s family, only relations were asked to the reception, which was held at 19, Cranley place, the residence of Mrs. Woodward, grandmother of the bride. Nevertheless many friends were present in the church.

The above text was found on p.28,27th October 1900 in “The Tablet: The International Catholic News Weekly.” Reproduced with kind permission of the Publisher. The Tablet can be found at http://www.thetablet.co.uk . 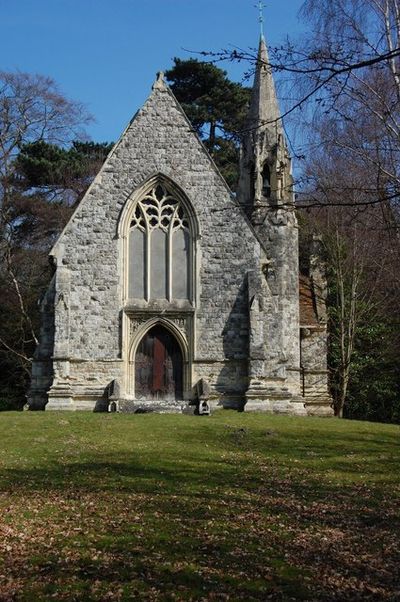 I’ve been slowly tracking down who’s who at the wedding, and will be posting that soon, but if you want to read the un-annotated write-up of it it’s here.

Back to George, this is his entry from the Catholic Who’s Who, 1908

Lynch, George — born in Cork 1868; educated at the Oratory School, Edgbaston; explorer in the Pacific Islands and Western Australia; correspondent for The Daily Chronicle in the Spanish American War, and during the Boer War for Collier’s Weekly, and other papers; his daring effort to leave Ladysmith during the investment involved his capture and imprisonment in Pretoria. He has since been with the International Forces to Pekin, followed the Russo-Japanese War, and been several times round the world. Mr Lynch married (1902) Carmela, daughter of Frank Harwood Lescher, and is the author of The Bare Truth about War — The Impressions of a War Correspondent — The War of the Civilizations and other books.

We regret to state that Mr. George Lynch, F.R.G.S., the explorer and war correspondent whose inventive genius was so useful during the Great War in the work of overcoming barbed-wire entanglements, died at his residence in West London on December 29, aged sixty. Mr. Lynch was a Cork man. After early education at St. Vincent’s College, Castleknock, he came to England and entered the Oratory School. A traveller at heart, he found an opportunity, as a young man, to explore ‘extensively the Pacific Islands and Western Australia. After the outbreak of the Spanish-American war, he became correspondent, for those operations, to the Daily Chronicle; and during the Boer War he acted in a similar capacity for the Illustrated London News and for Collier’s Weekly. A daring attempt to get out of Ladysmith at the time of the famous siege led to his being captured and imprisoned by the enemy. Since that time Mr. Lynch had been with the International Forces to Pekin, had followed the Russo-Japanese War, and was with the Belgian Army in the Great War; it was in this last campaign that he invented the S.O.S. (” Save Our Skin “) gloves and other appliances for dealing with barbed wire. In his time he represented many important papers, and he had been six times round the world.

Among Mr. Lynch’s published work, apart from his many letters from seats of war, were several volumes based on his experiences : The Impressions of a War Correspondent; The Bare Truth about War; The War of the Civilizations; Realities; The Path of Empire, Old and New Japan.

The funeral took place on Wednesday last, after a requiem at St. Mary’s, Bayswater.—R.I.P.

The  text immediately above was found on p.21, 5th January 1929 in “The Tablet: The International Catholic News Weekly.” Reproduced with kind permission of the Publisher” The Tablet can be found at http://www.thetablet.co.uk .