I’m not quite sure why this page is so popular, but it’s getting the most views this year.

Originally, it was simply included because  Henry Standish Barry was a guest at Frank Purssell’s wedding. This could be something as simple as they went to school together, or could be a family thing. Or it could be a bigger Catholic/Cork merchant  thing. So I’ll do some work. It turns out to be almost certainly a school thing. Henry and Frank were at Downside together.

This branch of the great Barry family had been in possession of the Leamlara property since the Anglo-Norman invasion of Ireland in the reign of Henry II, when they accompanied Strongbow. The estates were confirmed to John Barry in 1636 by Charles I and again by Charles II to John’s son Garrett.

The latter’s son, David, married a daughter of Standish O’Grady, whose great-great-grandson was Garrett Standish Barry. Garrett Standish Barry was educated at Trinity College Dublin and was called to the Bar in 1811. Elected to the House of Commons for county Cork in 1832, Garrett was the first Catholic Member of Parliament elected after the Emancipation Act of 1829. He continued as M.P. until 1841. He was made High Sheriff of county Cork in 1830 and was also Justice of the Peace and Deputy Lieutenant for the county.

During his term as an M.P. Daniel O’Connell stayed a few times at Leamlara House. In 1841, Garrett Standish Barry offered to resign his seat in Cork in favour of Daniel O’Connell, if the latter had failed to be elected in Dublin, and he duly did so. O’Connell was the M.P. for Cork County from 1841 until his death in 1847.  He died in 1864, without issue and was succeeded in the estate by his younger brother, Henry Standish, whose son and heir, Charles Standish, married in 1869 the Hon. Margaret Mary, daughter of Lieut-Colonel the Hon. Arthur Francis Southwell, and sister of the 4th Viscount Southwell, K.P. 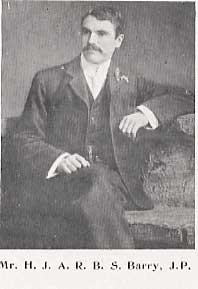 Charles’s only son, Henry Joseph Arthur Robert Bruno Standish Barry, was born in 1873 and was the 24th and last Standish Barry to live at Leamlara. He was educated at Downside, Bath. Henry was Justice for the Peace in Cork County and married Eleanor Lilian Helene, daughter of Major-General C.B. Lucie Smith, Madras Civil Service. Henry had two daughters and one son, Charles Henry Joseph Garrett Standish was born in 1900. 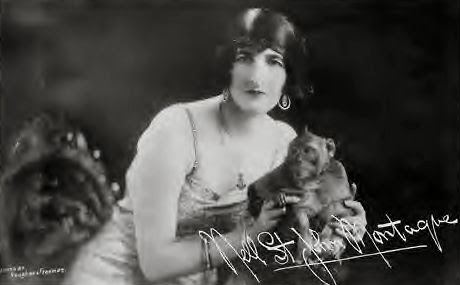 Mrs. Henry Standish Barry was a well known fortune teller in London under the name of Nell St. Montague and is said to have foretold the sinking of the Lusitania. She was killed in a road accident during the blitz in the Second World War. Henry’s son Charles died at the age of 18, so Henry was succeeded on his death in 1945 by his daughters who later sold the estate to the Irish Land Commission.