My Great Grandfather John Elworthy left England in 1864, leaving behind his wife Sarah, and  twins,  John  and Sarah, both born in 1863.  He never visited them again before he died in 1887. He married Elizabeth Pritchard in 1876 in Sydney, and then had all my great aunts and uncles. (Well the 1st one was born before the wedding).

He followed his brother William who went to Australia the previous year.  They started logging together on the river Mary near Logan and then moved to Gympie in 1870, to follow the gold rush. They failed to make a fortune in gold (though I still have one piece of gold ore),  but then started rearing beef at Imbil in partnership with two brothers from Devon (Mellor brothers who were butchers) and sold beef to the gold prospectors in Gympie and made a considerable fortune.

I had always been told that Great Grandfather John was a squatter but not in the way you think! Australian squatters were people who ran a fence (normally just a single strand of barbed wire) around an unclaimed piece of land, grazed it for a year and then registered their ownership, which is how the family acquired Imbil and then supplied the miners of Gympie  with beef. How nice they weren’t greedy and seem to have stopped at 34 sq miles. The truth is slightly more prosaic

The first squatter in Imbil was John MacTaggart who acquired about 32,000 acres of land (about 50 square miles, or two-thirds of the size of inner London, or six times the size of the City of Westminster). He sold out his interest in the land to Clement and Paul Lawless in 1857, and in turn, the Lawless family sold on the station in 1873 to John Ellworthy and Matthew Mellor who had a mortgage of £6,000 using 3000 head of cattle as collateral. So they bought the land….. but it was an additional 16 square miles ( or two Cities of Westminster)

Was John a  bigamist? According to English law yes, but in Australia they changed the law to reflect that many wives were left behind in the UK and were unlikely ever to come to Australia. So to start with the law was changed to “if you had no contact with your wife for seven years” you could remarry and then to “if you had contact but she was never going to come to Australia” then after 7 years you could remarry. So, John was probably Ok at least in Australia

These pictures were taken by Uncle Arthur, John and Elizabeth’s son in 1903 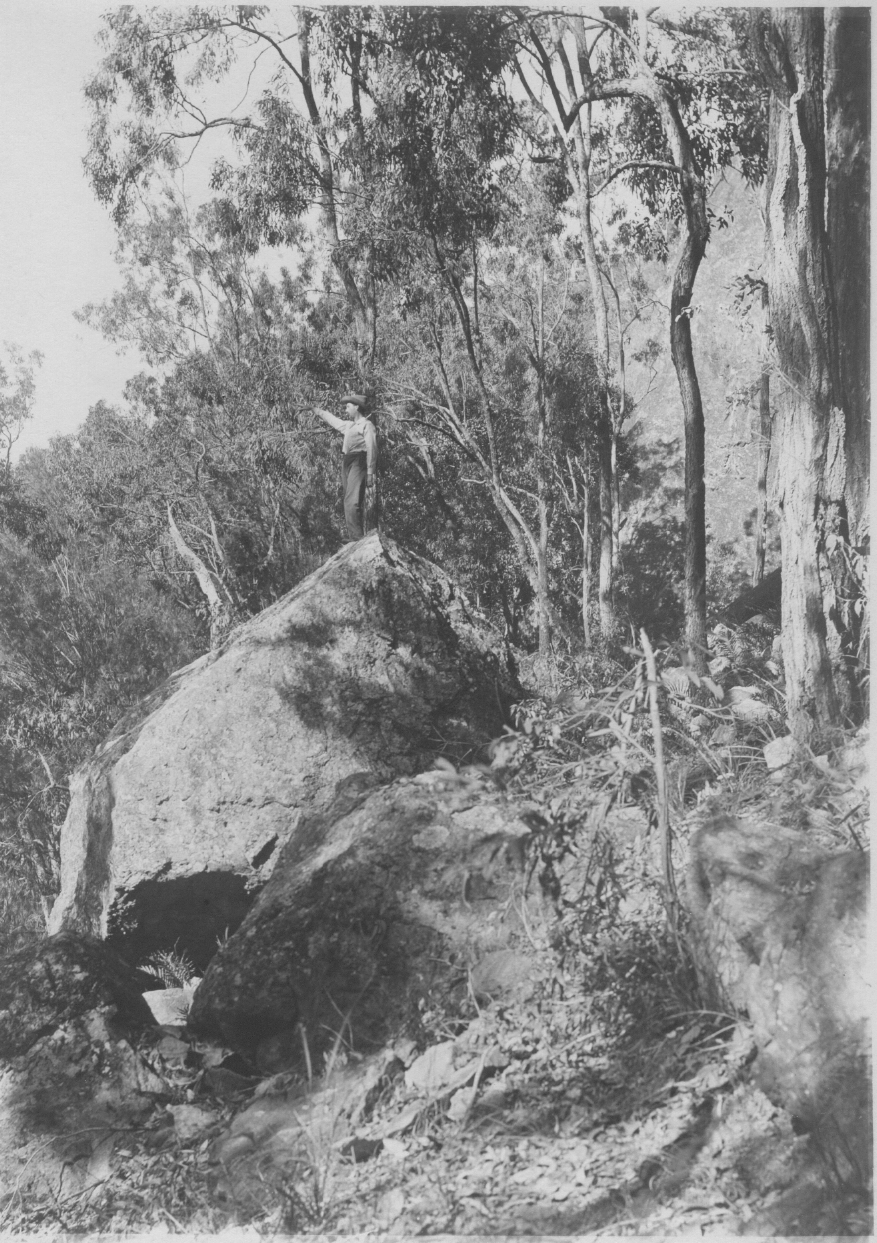